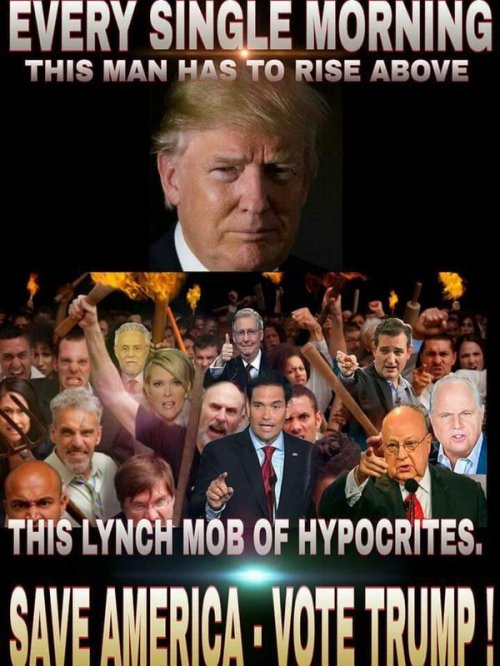 I’m going to try to fill this thread with examples of our worthless media. Feel free to add to the fun. It’s so therapeutic. 😀

22 responses to “Every Single Morning…..This Man”