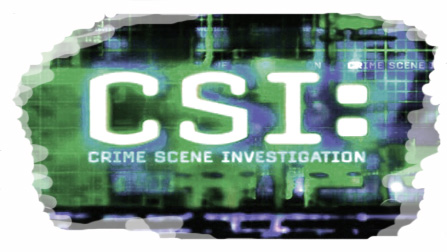 As only Iowahawk can. Too soon? Though judging by the tone of the Obama-Memorial-Pep-Rally, it’s now okay to laugh 🙂 Here’s the cold opening……

CSI: Tucson
Fade in. Chaotic supermarket parking lot, strewn with bodies in aftermath of shooting spree. Amid lights and sirens, a bearded man in black windbreaker and sunglasses ducks under the yellow police tape.

COUNTY DEPUTY
Sir — sir! Please remain behind the cordon. This is an active crime scene investigation.

MATTHEWS
Who’s in charge here? And where are the donuts?

DEPUTY
He’s over there sir — Sheriff Dupnik. He’s in charge of the donuts, too.

DUPNIK
Krugman. Matthews. I was wondering when you two would get here. We’ve already booked a perp. Cruller?

MATTHEWS
No thanks, I’ll take those two bear claws though.

On the asphalt outside supermarket, the CSI squad gathers around a spilled bag of groceries outlined in chalk.

KRUGMAN
Good work rookie. Well, well, well. What do we have here?

Crouching down, Krugman picks up a box of Lipton tea bags with the tip of his pencil.

Comments Off on Iowahawk: CSI-Tucson