H/T MOTUS* for the image which is the cousin of the image at The Crawdad Hole. Tis the season !

How do you define “white” in Obama World ? A Handy Guide.

Here’s some paint chips from Lowe’s, from what I see, there’s about a thousand more shades of racist.

Now here’s a Michelle Obama Racist Brown vs.Whitey Anniversary rant via The Crawdad Hole. Oh the suffering succotash of it all. Yes, h/t Sylvester, the cartoon cat, was black AND white.

Speaking of “cats”, while she was gone, the mouse played, nom-nom-nom.

Filed under Heroes and Hypocrites, War

Back in 2008, when I was thrown off liberal blogs for questioning The NEW (cha-cha-cha) Lord and Saviour Obama Presidential candidate, I started this blog. As a political and news junkie, and an old white woman, I was called a racist, sour graper, bitter clinger and stupid. I was never banned, but left the left when I knew I wasn’t wanted. So I sought to cross the desert alone, but I did find welcoming communities of like minds and concerns, and it was good. Here are some of them :

The Crawdad Hole : The Klown Rules, as does his community of the sharpest and most in-the-know recovering Democrats. Or as I’d like to call them, family of like minds. Like sipping on Dewar’s Honey, comforting with some gas.

The White House Dossier : A real life media and White House correspondent with that in-the-know how the suck up press works. Keep it bookmarked for those annoying Official President O’Breezy schedules, speeches and tee times. Keith’s community of commenters are like a comforting tea trolly that rolls by no matter what time zone you’re in.

Last, but not leastus, MOTUS : A free for all snark-fest of the most comforting, in a discomforting political environment, award winning commenters on the intertubes !

The above treasures and my precious blogroll (>>>>over there>>>) make me happy, happy, happy. Please visit and enjoy. I’ll be back soon….

….so I’m reaching for my big stick too, Judge Jeanine Pirro. Yes, she’s legal and a lot smarter than you Dear Leader.

This is must watch amazing. Judge Jeanine sucked me in with her first couple of sentences then watched the rest of the 11 minutes without blinking and I don’t think I took a breath either.

Weren’t you blown away too? I think she’s been reading all our blogs and tweets and facebook pages. I sent this video to my old anti-war pals and asked why they weren’t rallying to help prevent Obama’s Folly (or as one friend put it, Operation Petulant Pussy).

Though I’m sad innocents are dying at the hands of evil (still not convinced Obama’s Snakeoil Sales Department pitching propaganda videos are proof of who’s doing the actual gassing, the floors are too clean, the skin is too pink), it’s all just too stagey and squirrelly to me. Great discussion on just that over at TCH and WHD.

Still not convinced Mr President, then here lies (pun intended) the rest of my problem, over at Forbes’ Merrill Matthews summary of why we just don’t trust you anymore.

And, can we really afford to lob billions of dollars worth of missiles into the desert and can’t even afford to re-open the White House tours to the people?

A Day Without Sunshine …. 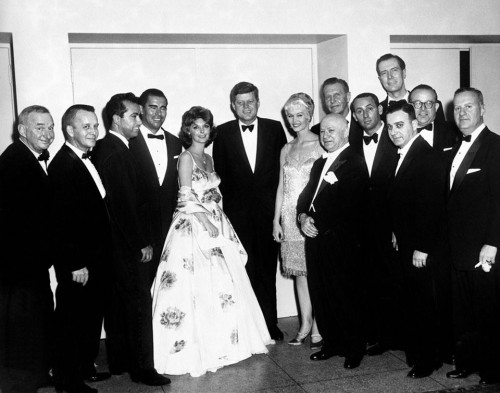 ….Would be missing my daily fix at the White House Dossier. Keith writes:

During the Democratic primaries in 2008, I asked a liberal friend of mine whether he was going to support Hillary Clinton or Barack Obama. He thought for a second and casually responded, “Obama.”

Now who hasn’t had this conversation with an Obama supporter ? I asked him why he would support Obama over Clinton, given that they had basically the same proposals but she had more experience and we knew so much more about her.

His answer, in essence, was: “Obama!”

We all have our favorite daily drive-bys, WHD is one of my favorites for no other reason than to see what time Obama gets out of bed in the morning/starts his day (average: noonish). Take THAT you hard working tax paying working stiffs ! Just shut up! <—-2012 Democratic Party talking point, FYI.

Since 2008, my favorite daily blog visits include heavy populations of former Dems wondering what happened to their party of ideas and compassion. Many are on my blog roll, please visit them and lend them support. Like minds and all that stuff reflected in the tags.

Oh, and I think Jeremy Hoop is Hawt:

He had me at Jackass chasing a dumb Pachyderm 🙂

H/T votermom at The Crawdad Hole

Tagged as may day, occupy, the crawdad hole

I’m Supporting for the 2012 GOP Nomination for President of the United States…..

If it can’t be Sarah, can it please be someone who sends butterflies to my belly and fires up my political lost soul ? Tingles down my leg would be nice too. And fer crissakes, please give me a media that doesn’t require a drool rag when they come within 200 feet of Obama. And thank you George Washington for refusing to be a Monarch as First Prez. You got it.

That’s what we’re celebrating today, Happy President’s Day! Oh, and did Obama come out of the WH today and see his shadow ? Yes? EIGHT MORE MONTHS OF CAMPAIGNING, or unemployment, or something 😉

With a loving shout out to my buds at The Crawdad Hole, Newsbird and Keith Koffler. You all get it too.