When the Weekly Standard gives a shout out to John Edwards….

…..you know Obama’s doing a sucky job. And a well-deserved shout out it is…

A snip from The Two Americas article:

It turns out John Edwards had a point: There really are two Americas. There’s the America of the “expert” schemers, planners, and centralizers inside the Beltway, who think they know what’s good for the people, whether the people like it or not. And there’s the America of just about everyone else. They are no doubt the ones Irving Kristol had in mind when he wrote, “The common people in such a democracy are not uncommonly wise, but their experience tends to make them uncommonly sensible.”

Count me in as an uncommonly sensible people. It’s why I supported, donated and traveled for the “candidate” John Edwards from 2004-2008, he struck a nerve that neither major party could resonate within me. He was my “Sarah Palin” for half a decade 🙂 And before unicorns of hope and change were branded and trademarked. 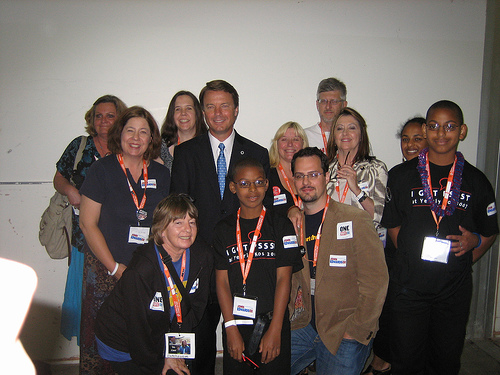 As always, a h/t to Benny’s World for the photo. Hey, that’s me on the lower left !

Comments Off on When the Weekly Standard gives a shout out to John Edwards….

Just root for the turkeys !